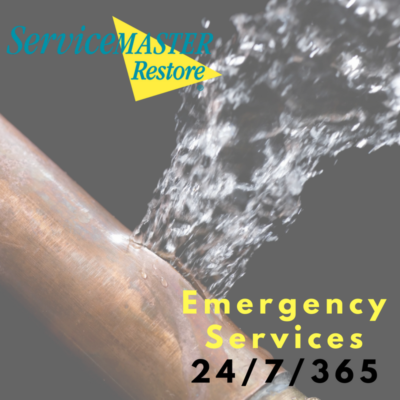 A burst pipe in the water system is one of the most common plumbing problems both in the home and the public system. Several things can cause burst pipes, the main one been freezing conditions.

We have complicated plumbing systems in our homes such as waste disposals, boilers and even garden features that pipe bursts are far from a modern curse.

One of the worst things that can happen to a plumbing system is a burst pipe. It is not the cost of the repair of the pipe or even the loss of the water whilst it is fixed, but the sheer amount and cost of the damage water can do. The potential water loss from burst pipes in a house:

Frozen temperatures and unprotected pipes is the most likely cause of a burst in a home. A pipe bursts when frozen due to the expansion of the water as it becomes ice. This puts pressure on the pipe from the inside and something has to give. This almost always is the soft copper or plastic of the pipe.

Sometimes these breaks can be at the weaker joints or in the middle of the pipe. As quite a lot of your piping in your home is hidden in flooring, roof spaces or walls, the damage caused can be devastating. Some pipes will not be accessible, some will be underground while others you may not even know exist.

Prevention is by far the best solution, below are several key things you can do to.

If You Have a Burst Pipe

No matter the prevention taken sometimes burst pipes happen. What you do when you discover one will make the difference between an inconvenience or a total disaster. Here we have highlighted the best action a homeowner can take.

ServiceMaster of Columbia is your 24 Hour Emergency Water Removal company in Mid-Missouri, the Master of Disaster. We will take care of your disaster and restore your peace of mind. We work with all major insurance companies.